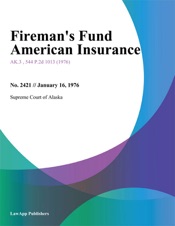 BOOCHEVER, Chief Justice. OPINION The bizarre murder of Raymond J. Gomes gives rise to this appeal concerning the statutory presumption of compensability contained in the Alaska Workmen's Compensation Act. Gomes' employer, Beef & Bourbon, and its insurance carrier, Fireman's Fund American Insurance Companies (hereinafter collectively referred to as the employer), seek reversal of the superior court's affirmance of the Alaska Workmen's Compensation Board's finding of compensability. 1 The employer contends there was substantial evidence to overcome the statutory presumption of AS 23.30.120(1) that Raymond Gomes' death was related to his employment. In the early morning of July 11, 1972, Raymond J. Gomes, Jr. was shot and killed at the Beef & Bourbon Restaurant in Anchorage where he was employed as a bartender. 2 In addition to tending bar, Gomes' duties included attending to banking; ordering liquor; and dealing with food, liquor and other suppliers. The restaurant had just closed for the night, and Mr. Gomes was cleaning up behind the bar area when an unknown assailant broke open the door. The only other people in the restaurant at the time were the cook, who was also killed in the attack, and Sandra Gomes, appellee and widow of the deceased. When the door was being broken in, Mrs. Gomes dove under a table in the back of the restaurant and caught only a glimpse of a man with a weapon. When Mrs. Gomes emerged from her hiding place several minutes later, her husband and the cook were dead, and the assailant had departed. No words had been spoken during the attack, and no money was taken.